Our Aim for How To Be

We are now entering into our sixth year of 4th Way study and development. For the whole of last year our focus was on "How to work". We made significant progress in this direction, but it has led to the question and challenge of "How to Be". Although both formulations point to the same general "arena" they take decidedly different approaches. So one of the challenges in front of us is to adjust our thinking, perceptions, methods and understanding to reflect this new approach.

To facilitate this adjustment we will bring in material from other traditions such as the venerable Henepola Gunaratana's book,  "Mindfulness in Plain English", as well as 4th Way texts such as Jeanne de Salsmann's "The Reality of Being". We will continue to use diagrams such as one of our favorites shown below, but endeavor to enter into them in new ways. 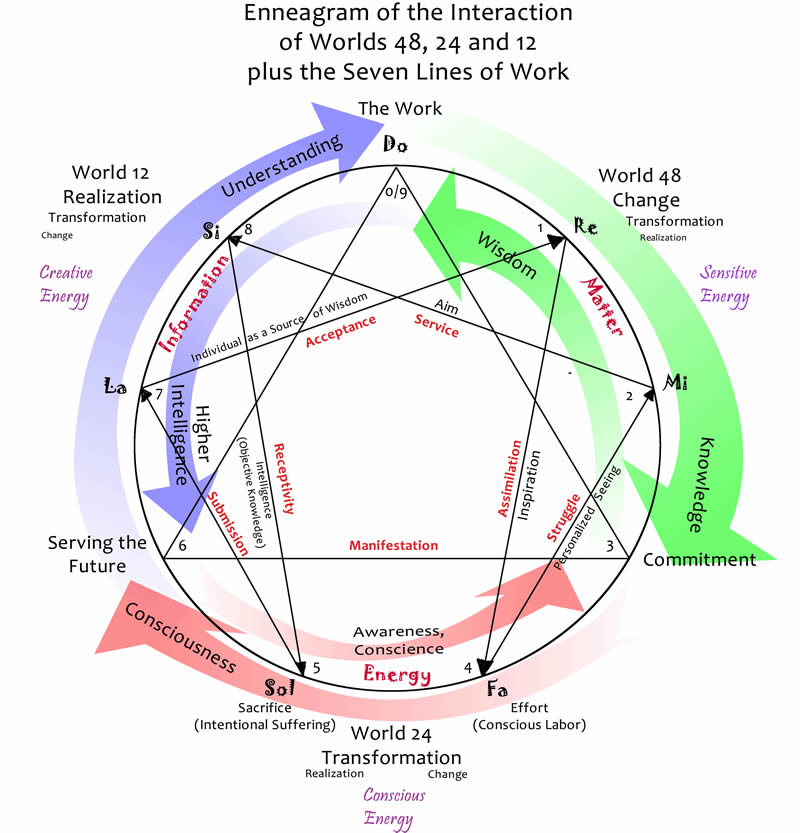 One measure of our "success" will be the extent to which we can detach from the physical world of personality, activity, and being caught by the external world... in favor of making a stronger connection to the world of being in the course of becoming who we already are.

Jeanne de Salzmann summed up this aspiration quite well by saying,

"Man remains a mystery to himself. He has a nostalgia for Being, a longing for duration, for permanence, for absoluteness – a longing to BE. Yet everything that constitutes his life is temporary, ephemeral, limited.  He aspires to another order, another life, a world that is beyond him.  He senses that he is meant to participate in it. He searches for an idea, an inspiration, that could move him in this direction.

It arises as a question: “Who am I – Who am I in this world?” If this question becomes sufficiently alive, it could direct the course of this life He cannot answer. He has nothing with which to answer – no knowledge of himself to face this question, no knowledge of his own. But he feels he must welcome it. He asks himself what he is. This is the first step on the way. He wants to open his eyes. He wants to wake up, to awaken."

We'll send back some reports of our progress as we move along.

Welcome to Communiterra,
and thanks for stopping by!